In a series of visionary speeches and presentations the objective is to bring all the stakeholders and shareholders on the matter together. 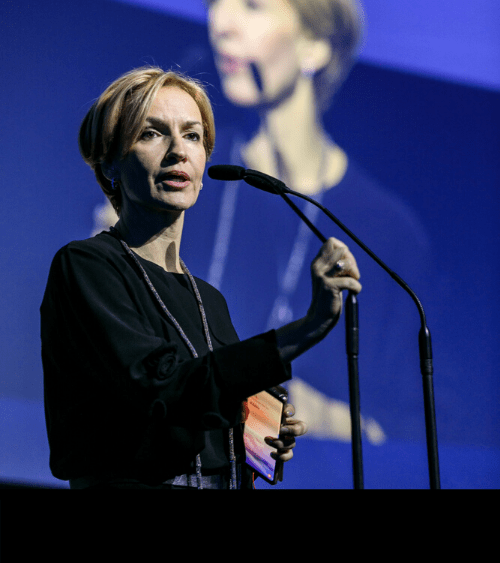 Gergana Passy is a Digital Champion of Bulgaria (2012-); Founder and President of Digital National Alliance; Founder & President of PanEuropa Bulgaria; Vice President of International PanEuropean Union; EU Minister of Bulgaria (2007-2009); Deputy Foreign Minister in two Governments (2004-2005 and 2005-2007); Member of Parliament in two Legislations (2001-2004 and 2005); Before that she practice or trained law. 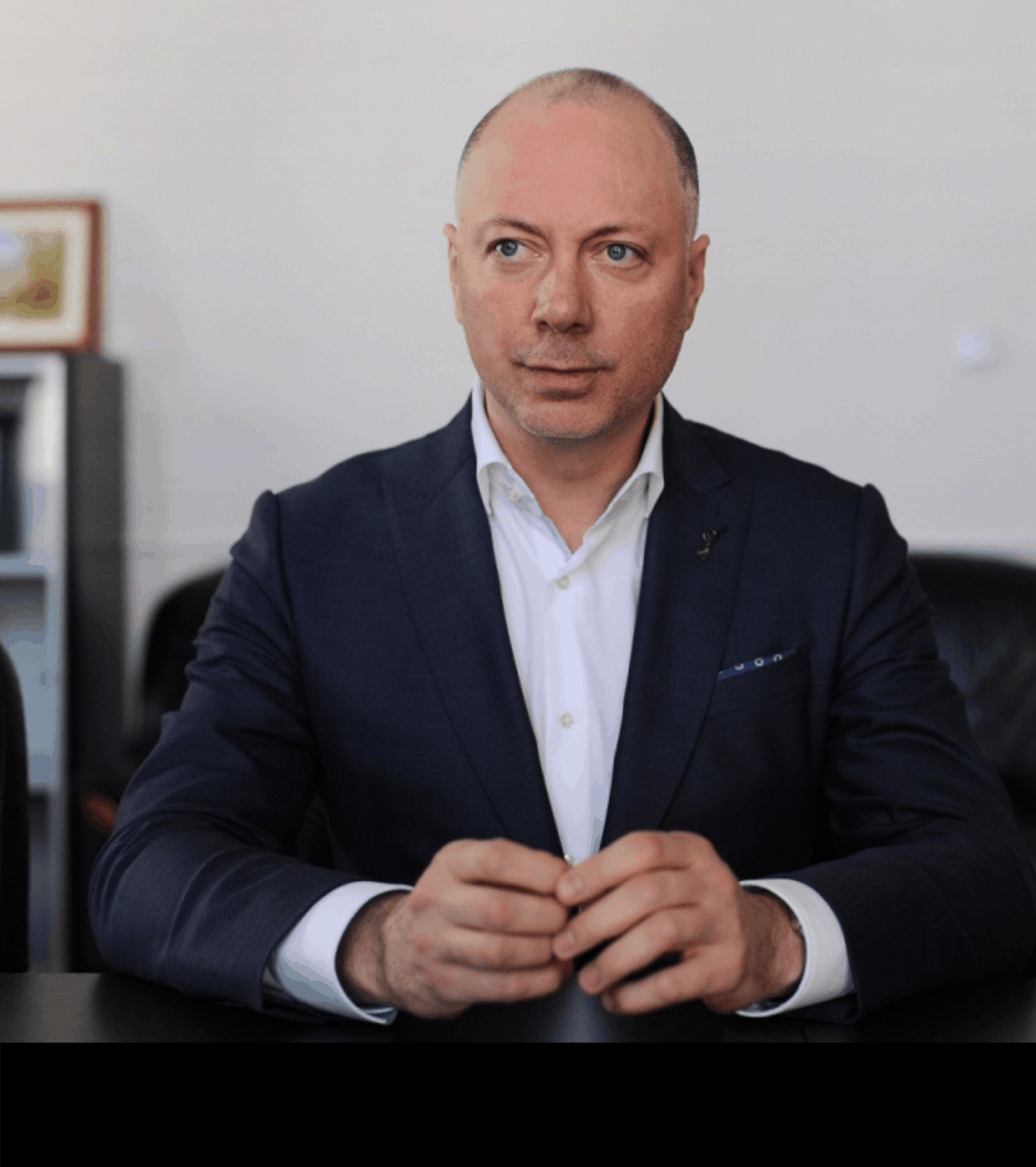 Rossen Jeliazkov was born on 5 April 1968.
He has been awarded a Master’s Degree in Law from Sofia University “St. Kliment Ohridski”.

In the period 1994-1995 he was consecutively a Counselor, a Senior Counselor and later a Secretary and a Deputy Mayor at the Sredetz district of the Sofia Municipality. Since 1995 he has been an attorney in Civil and Commercial Law, Member of Sofia Bar Association. He was a Deputy Mayor for “Law enforcement and Control” of the Lozenetz district of the Sofia Municipality (1998-1999).

From 2003 until July 2009 he was a Secretary of the Sofia Municipality.

From 2009 to 2013 he was a Secretary General of the Council of Ministers, and in the period 2014-2016 he was an Adviser to the Prime Minister on Public Administration and e-Government issues.

He managed and participated in the preparation of a number of conceptual and strategic documents and programmes in the field of e-government, local government and local administration, as well as public-private partnerships. He was a representative of Bulgaria to the annual meetings of the Open Government Partnership Initiative (2011, 2015). He coordinated the Bulgarian contribution to the initiatives related to the European policies on implementation of the European Programme for Global Monitoring for Environment and Security.

He participated in the strategic planning and policy making in the field of public administration and e-government. As of 30 September 2016 by Decision of the Council of Ministers he was appointed Chairman of the State e-Government Agency.

By Decision of the Council of Ministers of 20 December 2017 he was appointed Chairman of the Communications Regulation Commission. The Decision entered into force as of 15 January 2018.
Elected Minister of Transport, Information Technology and Communications on September 20, 2018 by the 44-thNational Assembly. 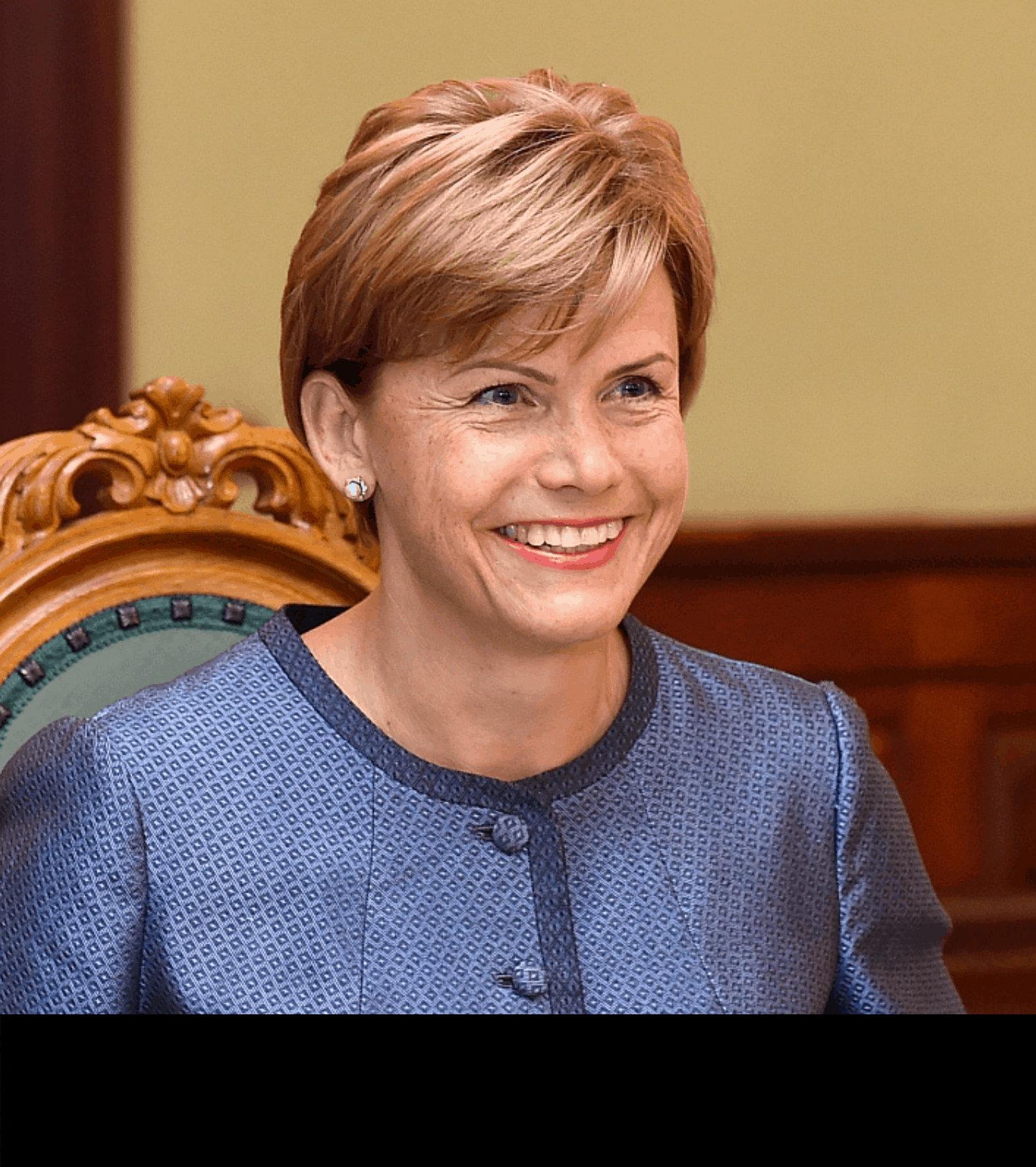 Ambassador Baiba Braže was appointed Assistant Secretary General for Public Diplomacy in May 2020. She advises the Secretary General on public diplomacy issues and directs the Public Diplomacy Division (PDD), which plays a key role in conveying the Alliance’s strategic and political messages to opinion formers and to the public in general. PDD works to raise the Alliance’s profile with audiences world-wide and to build support for Alliance operations and policies. 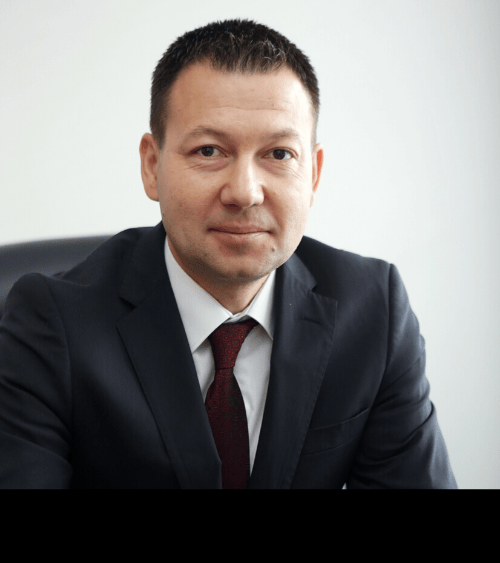 He has over 15 years of IT and Management experience, gathered in the software development, real
estate and the financial sectors.
From 2009 until now partnering with a great team of professionals, Vihren keeps on growing one of the
most dynamic and successful Bulgarian IT companies.
He graduated from Varna Technical University, majoring “Automation and Management Systems”. 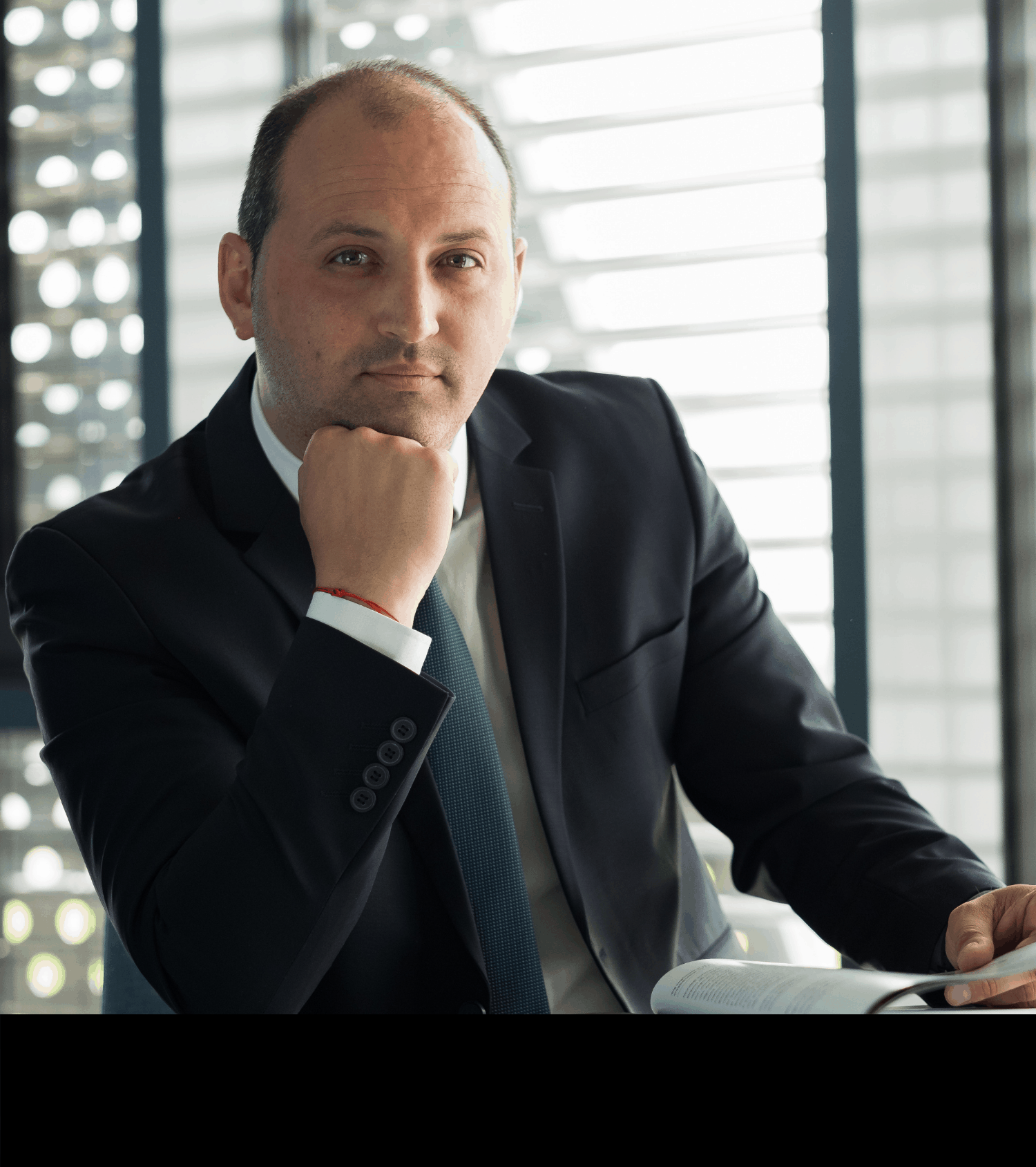 Tulev has been directly involved in leading hundreds of international cybercrime investigations, incident responses and forensic operations in close collaboration with the FBI, Europol, Interpol and a number of other foreign law enforcement agencies. Lyubomir Tulev has been regularly providing speeches and trainings to Europol, Interpol and FBI, as well as colleagues on a national level. 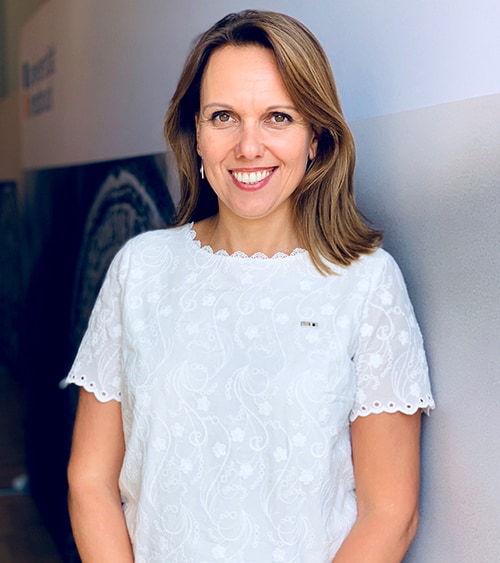 Milena Georgieva is an Associate Professor in Molecular Biology at the Bulgarian Academy of Sciences. The main purpose of her work is to discover the mysteries hidden in the human genome. For Milena, knowing our genetics is a key to healthy and meaningful existence. Genes determine our health, our intellect, they even control our emotions. 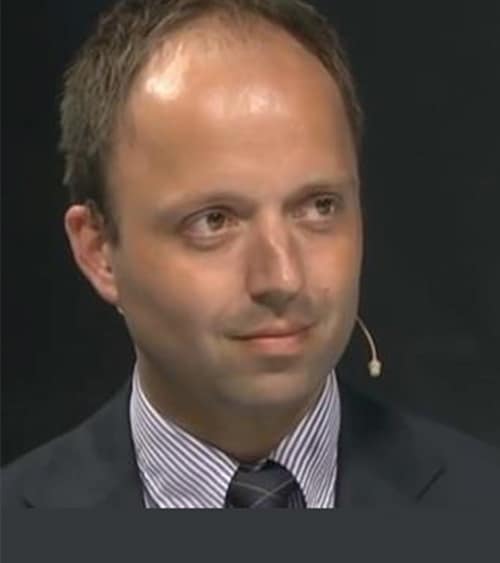 Bruno Lété currently serves as a senior fellow at The German Marshall Fund of the United States in Brussels. He provides analysis and advice on trends in international security and defense policy. His portfolio includes EU Common Security & Defense Policy, NATO, cyber security, and developments in Central and Eastern Europe. 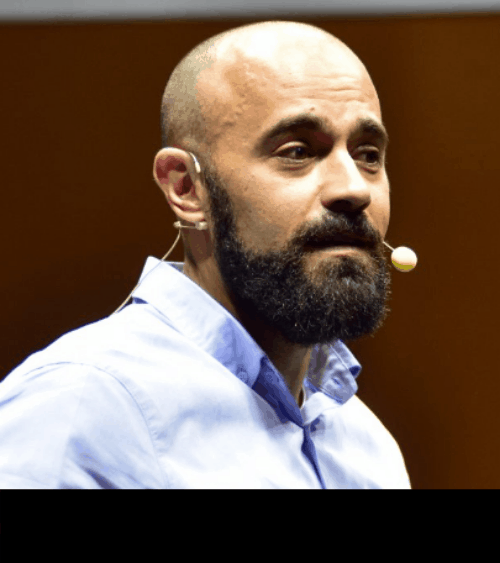 Petko Zhelyazov is a co-organizer of the popular science forum "Ratio". Since 2016 he's been the host and moderator of over 80 popular science events focused on a variety of scientific topics in the fields of astronomy, evolutionary biology, chemistry and physics.

He graduated with Honours in Telecommunications Engineering in Bologna awarded as "Top 10 Eng. Graduate of 2005" and was a Research Fellow at the University of Manchester in Wireless Networks and Statistical Models (IEEE & NEWCOM).
He then joined the High Tech & System Integration task force at Accenture as Analyst and Consultant, and was later a Team Lead and Network Security Specialist at Dell SonicWALL.
Later he joined McAfee and Intel Security as Senior Solutions Architect & Partner Product Manager for the EMEA region working with top Tier 1 Operator accounts such as BT, Sky, Telefonica/O2, Orange, EE and Dixons Carphone Warehouse, and UK Media Spokesman as Industry Security Expert.
Giovanni has always been a security enthusiast with an uncompromising passion for technology and innovation, reasons last year for joining Rapid7 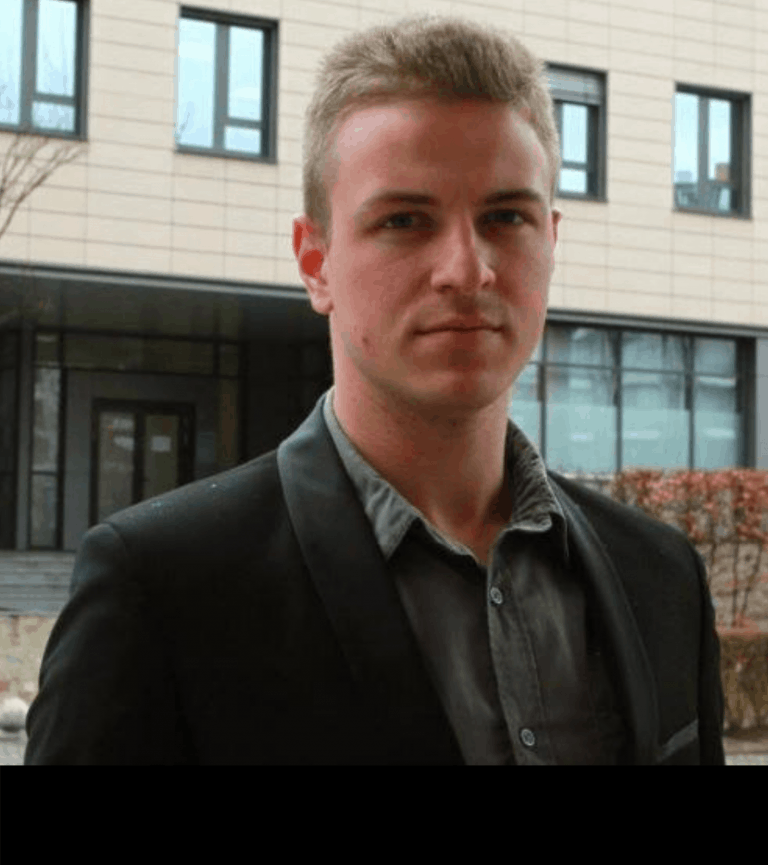 Krasimir Kotzev is a founder of the SoCyber company which provides solutions in the cyber security field. His experience comes from his work in Hewlett-Packard, where he has started as system administrator of Linux/Unix servers. After few year he's transferred to the Network Security department working on many client's cases. Throughout the years, Mr. Kotzev was working in many companies in the field of MFA (Multi Factor Authentication) solutions, penetration testing etc. Mr. Kotzev is Cisco CCNA, Checkpoint CCSA, HP Tipping Point Expert (IPS) certified expert and has a diploma of Cybersecurity in the University of Maryland. In the last years he is mostly devoted to the ethical hacking field, due to the increased threats and risks in the internet. 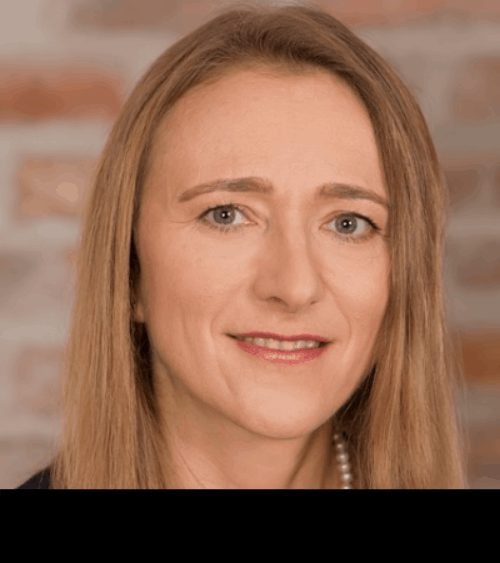 Piret Pernik is a researcher at the Strategy Branch, NATO CCDCOE in Tallinn. Her research areas include cyber security and cyber defence, cyber commands, influence operations through cyberspace, cyber threats emerging from new technologies, as well as cyber policies and strategies of NATO, the EU and their member states. Previously, she worked as a research fellow at the International Centre for Security and Defence and at the Estonian Academy of Social Sciences focusing on cyber security. She has served as an advisor of the National Defence Committee of the Parliament of Estonia and worked at the Ministry of Defence in defence policy planning area. 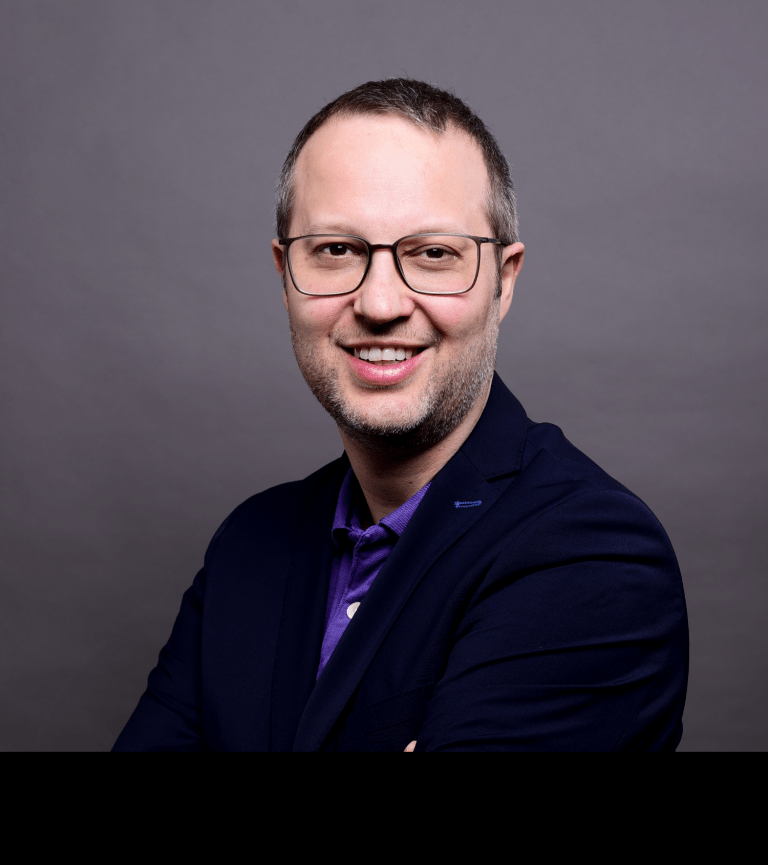 Before joining Sentinel One in 2020, Jan Tietze served in senior technical and management roles ranging from engineering to CIO and CTO roles for global IT and consultancy organizations. With a strong background in enterprise IT and an early career in senior field engineering roles in Microsoft and other security and consulting organizations, Jan understands real world risk, challenges and solutions and has been a trusted advisor to his clients for many years. 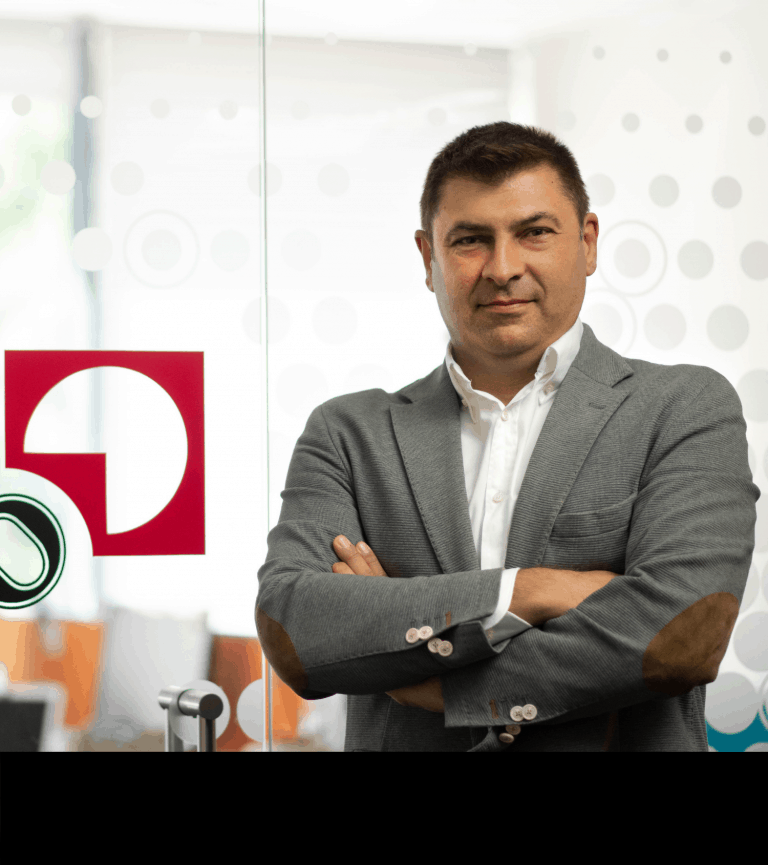 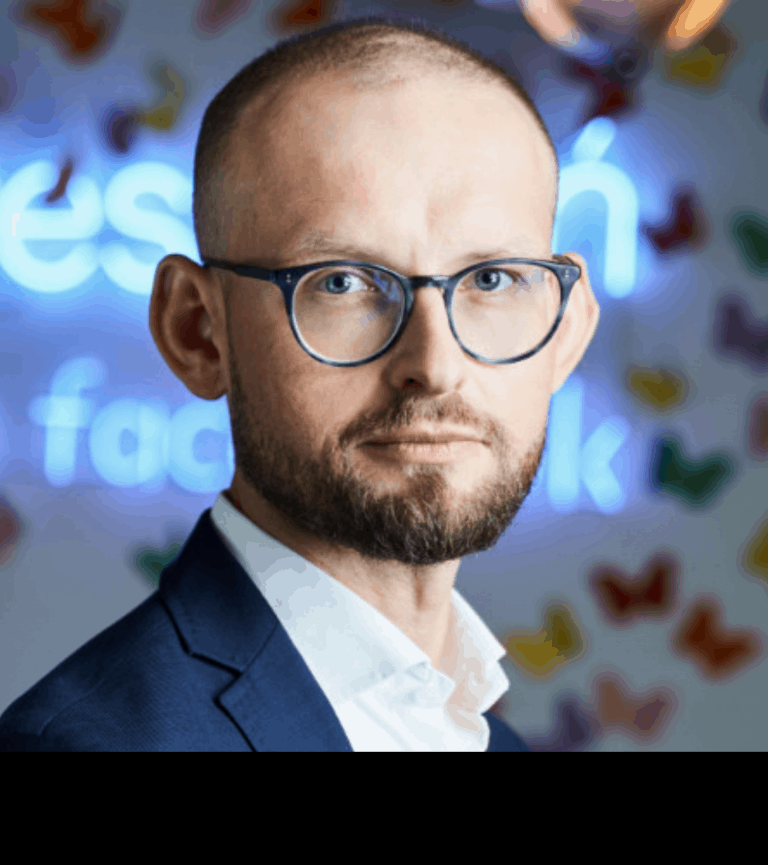 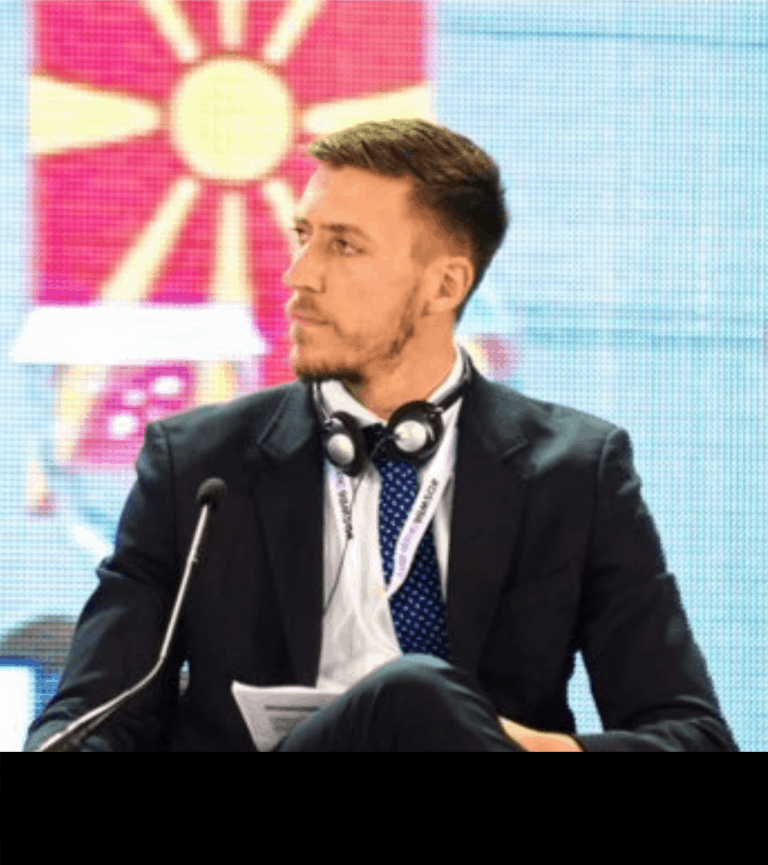 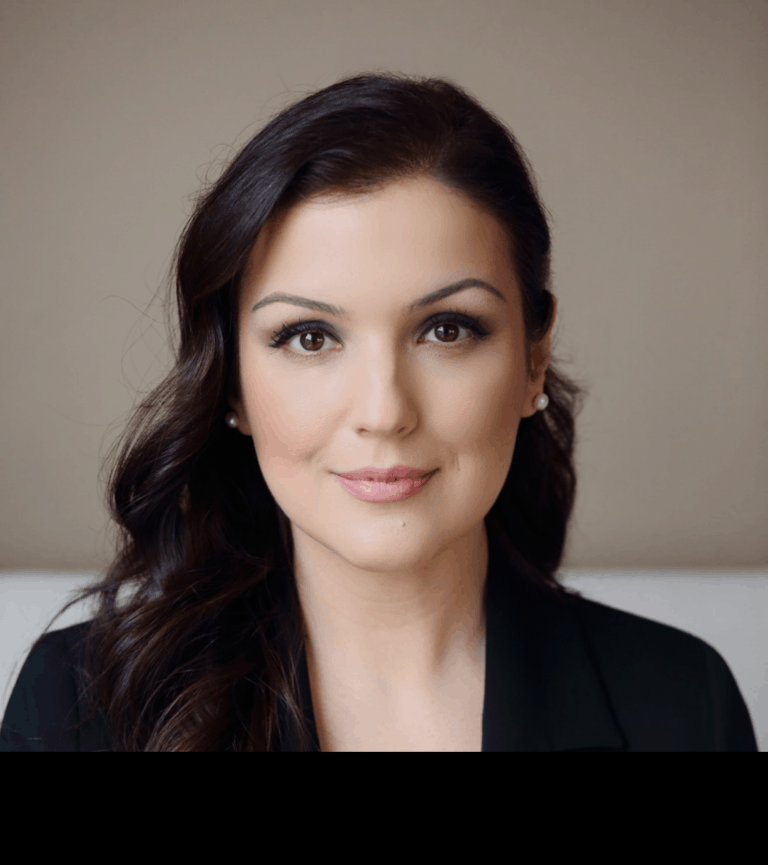 Specialised in Information Security, IT audit and control, Data protection and compliance 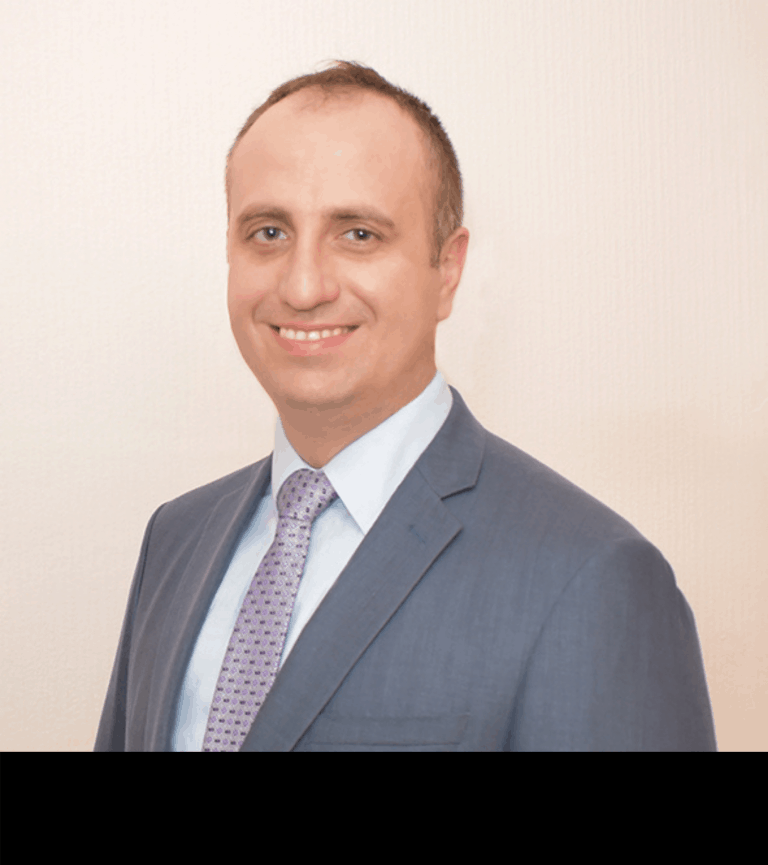 Chief Inspector Svetlin Lazarov is the head and founder of the Digital Analysis and Cyber ​​Intelligence Sector in the Cybercrime Department at the General Directorate for Combating Organized Crime.
He has been dealing with computer systems for 21 years and has been specializing in the investigation of cybercrime for 10 years. He has worked on numerous cases
cyber incidents and has participated in international investigation teams at Europol,
Interpol, FBI and Secret Service.
He has passed many specializations in the field of computers crime, computer evidence and international cooperation. He is certified by the International Association of Computer Investigators specialists - IACIS, the European Cybercrime Center at Europol - EC3 EUROPOL, the EU Law Enforcement Training Agency - CEPOL, International Academy of Law Enforcement - ILEA, National Criminal
Agency of Great Britain - NCA, German Federal Criminal Service - BKA and
US Department of Homeland Security - HSI. He specializes online investigations at UCD University in Dublin, Ireland. He teaches in the specialties "Cyber ​​threats and cyber crises" and "Computer" criminology ”of bachelors and masters in several Bulgarian universities. He was a representative of the Ministry of Interior in the working group for the creation of the Law on cybersecurity.
Participates in the expert group for the development of the new national strategy for cybersecurity. He is a member of the interdepartmental operational group for action in case of incidents with significant impact on network and information security in Bulgaria, and the European Cybercrime Task Force at Europol. It is also a 24/7 contact point for attacks against information systems
at national and European level. 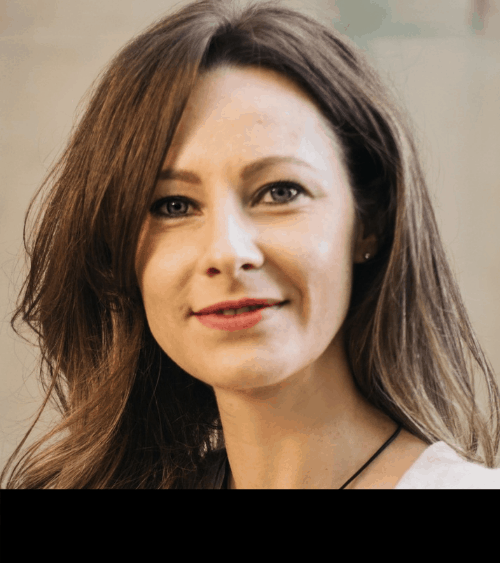 With almost 15 years in the IT business world, Magda has accumulated extensive experience working for large IT vendors, Hewlett Packard Enterprise, Microsoft and now Palo Alto Networks. Today, she is focusing on implementing the company's strategy in Romania, Bulgaria, Czech Republic and Slovakia.
The cybersecurity environment has fascinating particularities and trends, moving at an incredibly fast pace, with fierce competition and with a strategic role in defence. For the past 12 months, Magda has studied the industry trends and challenges, the way the cybersecurity vendors respond to the increasingly sophisticated threats and the way companies around the globe choose to react.